Winner and a look around my house

Hello everyone, I know I was supposed to post a winner for the Perfect Padfolio Pattern yesterday, but I was just not in the mood.  My prayers and thoughts are with everyone affected by the event in Newtown.  I don't really know how you transition from that to the normal sewing blog stuff, so I'm just going to move on to what we do here in this space. 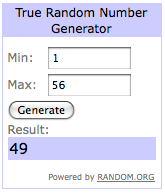 Gramma Joanie, Rachael will be emailing you her pattern shortly.  Thanks, everyone, for all the lovely comments.

I have been better at sewing lately than at taking photographs and blogging about my work.  So I thought I would go around the house and find the new things from the last few weeks to show you. I made Will this Lego playmat to try to contain the million tiny pieces that spill down the steps and into the bathroom.  I know this is mostly a factor of his being three years old and a little on the young side for Legos, but he loves them and with a second child it is more difficult to follow age guidelines!

Will actually designed the mat, telling me where to put the road, the snow, igloo, snowmen and forest.  For now that was all he was interested in including, but maybe someday we'll add some more features. I pretty much just made a circle for the top and backing, adding a pair of button holes at two opposing points on the rim and added a channel for the drawstring.  I'm happy to put together a tutorial if anyone else is interested.  If I make a second one I would make the drawstring casing a little farther away from the edge of the mat, otherwise it worked pretty well. For my next project I did some much needed selfish sewing for our mostly neglected bedroom.  It really is pretty boring in there.  We splurged on nice furniture a few years ago, but there is really not much else in the room.  Andrew is not big on a lot of decorative pillows, so I made some functional ones that can be shams or to actually lie your head on.   I used the hotdog method and Anna Maria Horner's Folksy Flannels.  Too bad I had actually bought this flannel fabric last winter for the same idea and did not find it again until I had already received the additional 3 yards of flannel I ordered for the project.  Luckily it was on major sale and I don't think I'll regret having a few extra yards of this, hello wonderful quilt back!

My next series of projects are all for baby boy #3 - can't remember if I actually told you guys it is a boy or not?  It is!  This is Will's old room.  We bought him a big boy bed and he slept in it exactly 3 nights before moving in with his brother.  Andrew was convinced we did not need to put the full sized bed up in the attic for a few years, so we have a lot crammed in this room.

Mostly I just have plans for after the holidays at this point, after I decided we needed a refresh on baby stuff for the third time around. After a lot of searching I decided to use the organic fabrics from the Monaluna line, Fox Hollow.  I actually had a crib dust ruffle in green gingham that matches that line and the quilt/shams on Will's big boy bed, so it should work out with minimal work.  I did make a cozy swaddle blanket, but the rest is just fabric draped around things.  I plan to make some sheets and a little pillow I need to recover the lampshade with the cute toadstool print, but look at those woodland creature prints from Heather Ross.  I thought it a bit odd that I received Ikea frames with the prints from her studio sale, but now it seems serendipitous.  I just have to go buy a few more to frame the other critters. Here is another make from last week, a flannel and voile baby blanket.  Again, Anna Maria Horner Folksy Flannels.  This rocking chair is definitely getting recovered, I think some off-white duck or twill.  I've never liked the slight sheen to those yellow swirls on the fabric it came in.   I think we'll use it long after the baby outgrows it, and in off-white and can be moved to almost any room. The big boy bed definitely needs a few fun pillows!  And I have to put the rest of the things I made Will in the Riley Blake Wheels fabric line away for a while.  I'm sure we'll have a use for them again.

I am really excited to delve into these baby projects once the holiday rush has passed.  For everything wrong with the world, holding a sweet baby sure makes everything right for a little while, doesn't it?  I so look forward to those newborn snuggles. I know this is a long post, but I can't resist leaving you with a few pictures from Will's Christmas program at pre-school.  Can't you just tell by the way he walked into the "auditorium" that he was ready to perform? He certainly enjoyed himself!