I apologize for the radio silence, but over the last week or so my family and I have been traveling abroad to London and Paris.  Naturally, many stops on this trip were motivated by our favorite books and authors.  I'll be sharing some favorite places and books to go along with them in the coming weeks. 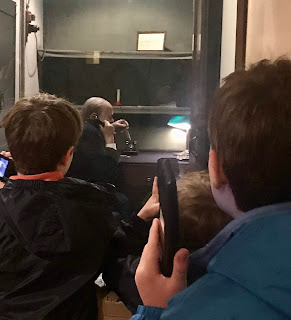 Years ago my husband worked in London for a few weeks and the highlight of his experience was visiting the Churchill War Rooms.  He couldn't wait to share this amazing experience with us and I was thrilled to finally get to see this subterranean command center.  The nature of the space made the photos difficult but it was such an immersive exhibit with audio from some of his comrades that lived and worked in the bunker as well as countless artifacts. 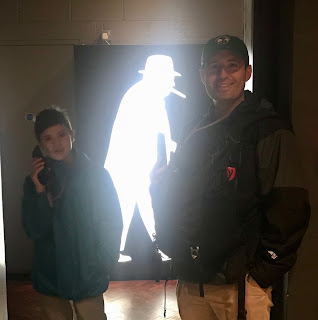 As is the problem with all of our heroes in history, I'm aware he doesn't pass muster when being examined with a 21st century lens, but I will always admire his courage and tireless work ethic.  As one of the lone voices in England arguing a path of resistance, rather than acquiescence, to Hitler, the world may well be a very different place today without him.

My Favorite Books about Winston Churchill 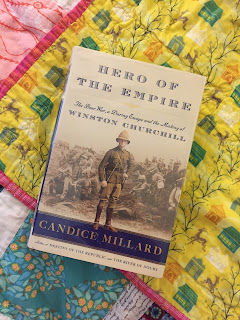 The most enjoyable book I've read about Churchill has to be Candace Millard's Hero of the Empire.  This is actually one of my favorite books I've ever read and I think about it often.  It tells about a lesser known period in his life when he covered the Boer Wars in South Africa as a young journalist.  Churchill's capture and escape reads like something straight from Hollywood, and really informs the reader how he came to be such a formidable character.

A close second is Franklin and Winston by the Pulitzer Prize-winning biographer Jon Meacham.  This book is not as light as the prior one, but the subject matter is equally fascinating.  Meacham shows an intimate and heartfelt picture of their extraordinary relationship in the harrowing days of WWII.   Seeing the exhibits in the War Rooms with Roosevelt really brought me back to this reading experience. 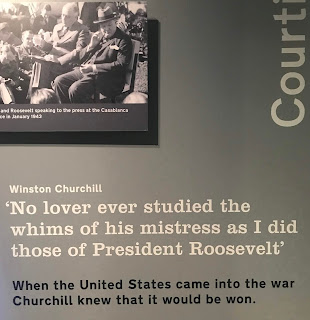 I'll wrap up with a beautiful picture book my boys have enjoyed since we discovered it a few years ago.

Franklin and Winston: A Christmas that Changed the World by Douglas Wood and beautifully illustrated by Barry Moser tells the story of Churchill's month long stay in The White House in December 1941.  Wood captures the essence of these two men so that they really step off the pages with quotes and illustrations to enhance the story.  I was so happy my boys were familiar with these figures as we toured the War Rooms.

This is making me want to read more about Churchill and this review in the NY Times persuaded me to add this to the TBR pile.  Have you read Walking with Destiny yet?

As usual, there are affiliate links in this post.  They do not affect the price you pay, but I may receive a small compensation if you make a purchase from a link and for that I am most appreciative.