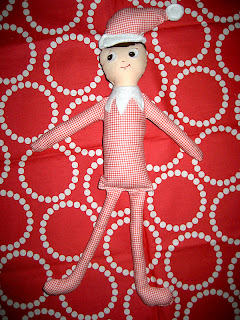 We love our Elf on the Shelf, but we just wish we could touch him.  That's the problem with the elf, he loses his magic and can't fly back to Santa with his report if you touch him.  So I thought it would be fun to make the boys some elves you can touch and cuddle with.

Here's our little elf, Samriddhi.  Jack named him after a little girl in his class at preschool two years ago.  She moved back to Dubai, but we always will remember her! 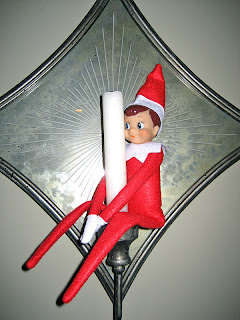 So I've made lots of little stuffies before.  Why I didn't just modify a pattern I already had is beyond me.  But I didn't.  I optimistically thought I might even do a pattern and a tutorial for you all! 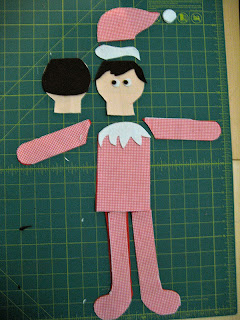 All the pieces were cut and I was giddy.  Until I turned the first leg.  Holy cow did I make them narrow.  Was quite a fight to get it turned and then another struggle to get it stuffed.  Almost give up time, but I so wanted to make these.

Almost humorous how frustrating these limbs were, except that I have two boys and the other elf still looks like this: 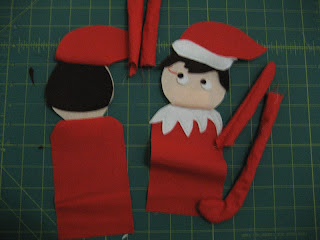 Until I build up the courage to tackle him and give them to the boys the first one will keep me company in my sewing room. 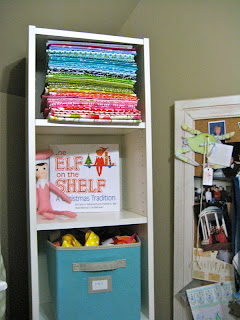 How about you?  Are you getting frustrated making gifts for the holidays? 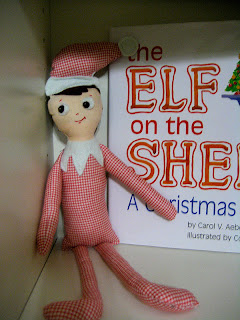